When Ann told me that they found Siem Reap had a Bugs Cafe, she had no idea that I would react so positively to the idea. I wanted to try eating some scorpions and tarantulas!

After we napped from Angkor Wat, we headed back to the city to achieve many firsts! I think Ann mentally struggled quite a bit before she willed herself to eat the bugs. The food was good! It was cooked pretty well so we couldn’t really taste how… disgusting it could be. 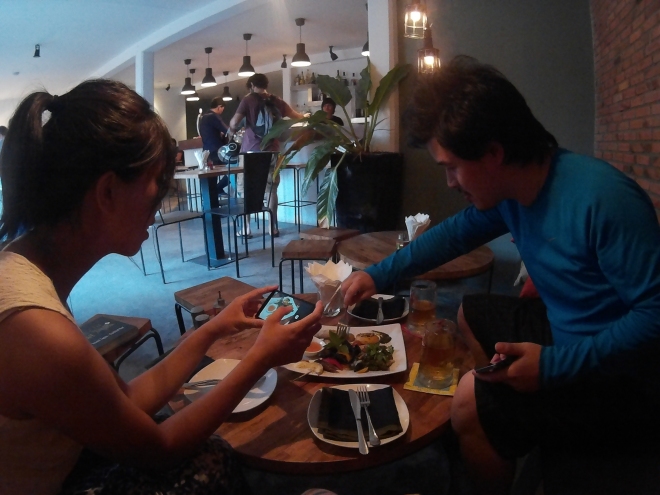 We ordered the small Discovery Platter:

Some parts of the scorpion and tarantula tasted a little metallic and herbal-ish. They more or less tasted pretty much the same to me.

I enjoyed the spring rolls! It tasted like normal spring rolls, just that with lots of ants. Ann actually took a lot of wicked close-up photos. I couldn’t cause my camera and phone battery was dying. I was saving it for the local fair we were going to later on.

I would totally recommend people to check this cafe out if they’re in Siem Reap! It tastes like normal food and I guess the only barrier you have to overcome is your mind. It’s all in your mind.

So after that experience, we went back to the apartment and the hosts drove us to a local fun fair. It was so local and out of the way that we were the only tourists.

We had Khmer BBQ again for dinner – lots of beef and beef tongue! Yuuuum. Walked around a little after that while they played games and won beer.

It had been a really long day and at 10++pm I was getting really tired. Was sort of happy when we were finally leaving. I assumed they were going to send me back to my guesthouse but no… the hosts made a detour and we stopped at a roadside stall.

The hosts were dead serious about letting us try balut. Balut’s a Filipino delicacy – a developing duck embryo that’s boiled and eaten in the shell. I was not ready to try balut. I would choose to eat bugs anytime. 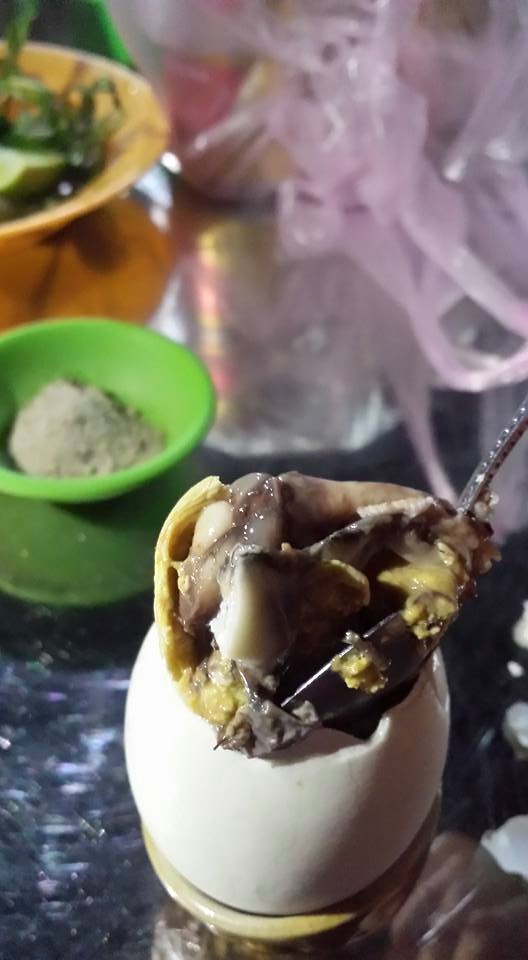 I ate it in the end cause everyone else did. A part of me was secretly excited cause I’ve been wanting to try balut for a pretty long time. I guess the saving grace was that there weren’t any feathers growing yet.

It tasted good actually; tasted exactly like how egg tastes like (duh). I must say I really had an enjoyable day – seeing Angkor Wat, trying bugs, savouring fertilised duck embryo.

All I wanted to do after that was hurry on back to the guesthouse to shower and knock out.

The hosts were really nice, bringing us around and sending me back to the guesthouse.

Till the next update!