A travel friend told us about heading to East Cape Lighthouse in Gisborne to be the first few in the world to see the sunrise for that day.

Once we heard that, we were INSTANTLY SOLD. I mean, how often do you get to boast that you’ve actually been the first to greet the sun?!?!

With East Cape Lighthouse located at the most Eastern tip of New Zealand and standing at 154m above sea level, you’d be embracing a new day with strong winds and a drop-dead gorgeous view.

Didn’t even book a place to stay at cause we were torn over the lack of choices and we were sort of ready to camp out in the car.

We drove to Te Araroa Holiday Park to enquire and decided on spending the night there at NZ$50/ night for a basic cabin – shared toilet facilities – (with no bed linen). No bed linen?! How odd. Thankfully we had scarves to use as a base layer.

One of the better ‘convenient’ places we could find.

Not the best place to stay at but hey, at that price and in the middle of almost nowhere we were good with anywhere we could rest our heads. 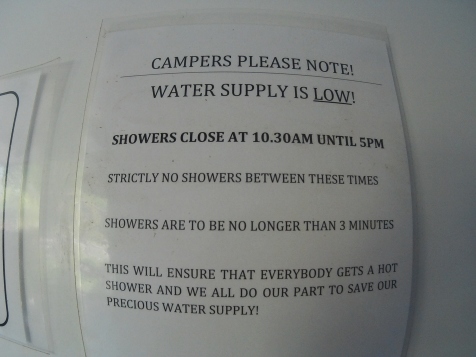 Shared kitchen, but the cabins had an induction cooker + fridge so that was good enough for us. This is more for the campervans.

Ended my suffering of not being able to sleep in peace at 3am. XM was up early as well cause it was too cold!

Gathered our stuff and hit the road at 4am. It’s about an hour’s drive from the holiday park to East Cape Lighthouse. The roads were dark and very gravelly so we gave ourselves a buffer to make the sunrise in time.

Definitely a must-must-must-do if you’re in North Island New Zealand. It’s one to cross off the bucket list or your list of ‘firsts’!

Though it’s pretty much quite out of the way, I’m really glad we made the trip and planned our itinerary around coming all the way to East Cape Lighthouse just to witness this.

Read more about my previous adventures in New Zealand here:

9 thoughts on “First Sunrise of the World (Te Araroa) 🇳🇿”