Time to conquer Angkor Wat and the surrounding temples!

I’ve been to Siem Reap before in 2013, backpacking with a friend. We cycled 18km to and fro our guesthouse to a side gate of Angkor Wat, only to find that we needed to purchase a temple pass to enter. I still remember we gave it a miss on 24th December cause “we could do it tomorrow”.

In the end, we completely ditched the idea for fabulous Indian food and pampered ourselves with massages. The massage parlour we were at screened an aerial view of Angkor Wat. We were not going to see that view if we went!

Fast forward two years, I’ve grown wiser and decided to put that USD20 to good use and experience the wonders of the temples.

Woke up at 3.30am. It was hard to wash up and not disturb the other seven people in the dorm. Arranged for a tuk tuk driver to pick me first and I went to get Ann and Jacob at 4.30am.

Waited for the sunrise with tons of other tourists and we got a little impatient while waiting cause it didn’t seem like the sun was going to appear despite the sky turning brighter.

Ann and Jacob had been to Angkor Wat before I arrived with their 3-day pass. They suggested we visit the other temples first, leaving Angkor Wat to the last since it would constantly be crowded.

Went to Pre Rup first and cause it was so early in the morning, we were the first ones there. We had the whole temple to ourselves… to take loads of selfies! Kidding, I’m not a picture freak.

I won’t comment much on temples cause I’m not a big fan and I can’t appreciate architecture and stuff like that. Doesn’t help that I don’t know the history about it. So I’ll flood this update with more photos and less words. We were glad it didn’t rain. The weather held up really well despite weather forecasts stating it would be rainy. 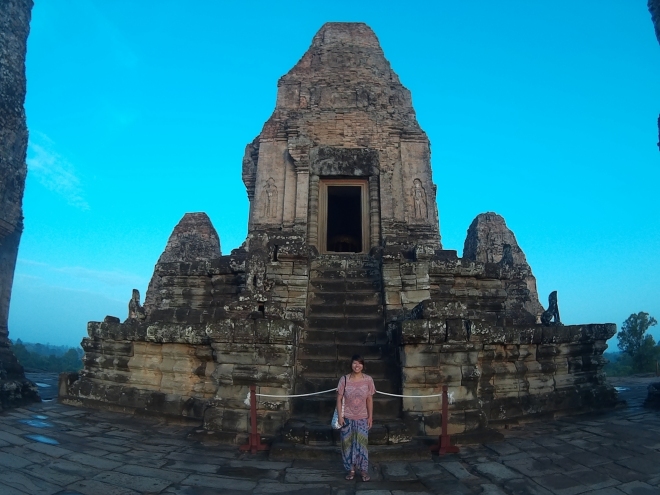 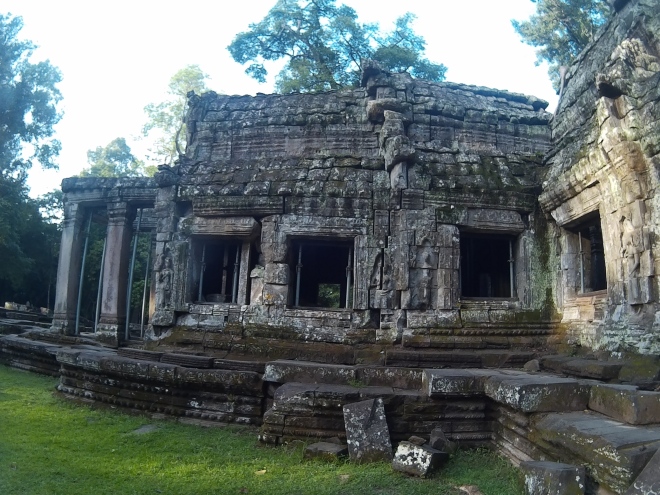 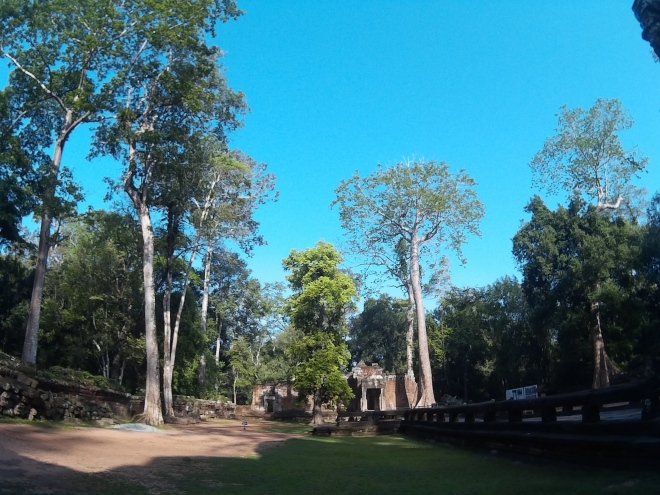 Terrace of the Elephants/ Elephants Terrace

Wanted to head straight to Bayon but the driver dropped us off here, not sure why. Maybe he wanted more time to nap. Ann hadn’t seen it yet so we decided to walk and explore.

i JUST saw pictures on Google that there were elephant statues!!! I didn’t even realise it when I was there. I’m such an ignorant idiot. I’ll have to make do and appreciate the photos I took.

I can’t remember what temple this is

This was after Elephants Terrace and before Bayon. We had to climb some pretty steep steps to go up and down. 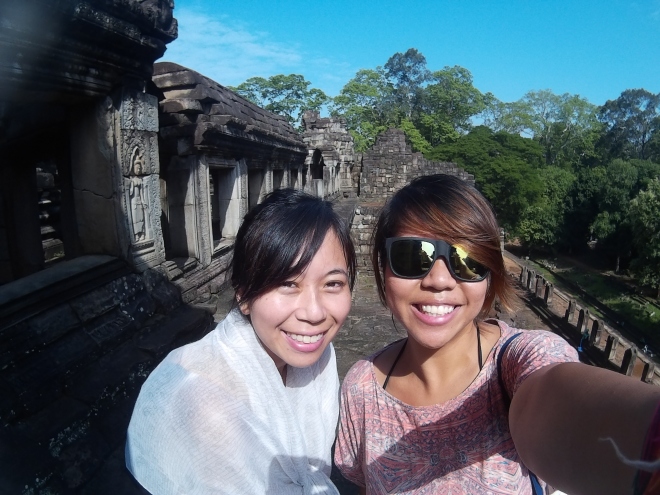 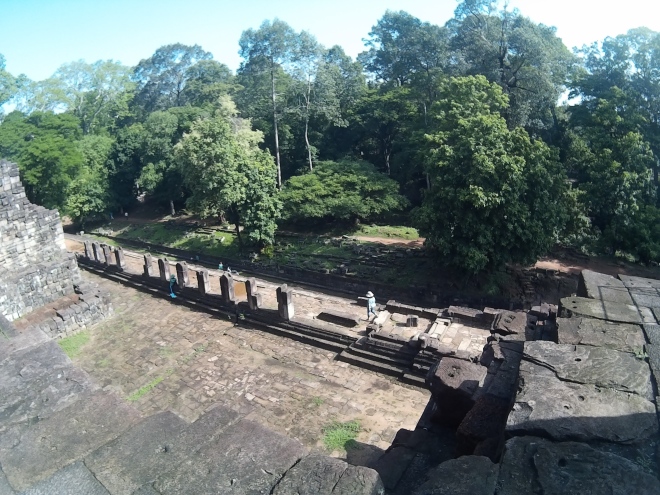 Ann hadn’t seen this temple yet so we went. But there were so many tourists when we reached. Didn’t fully explore the place cause, stones stones stones, but we made a quick round so we could at least say “we’ve been to Bayon!”.

I make a horrible tourist. All I actually need to be satisfied is food, and maybe nature.

Went back to Angkor Wat to take a break and have lunch. Angkor Wat was our last stop before we decided enough temples was enough.

Went back to Ann’s apartment to rest after that. The whole tuk tuk ride cost us USD20. I heard that the normal rate is USD16 but you pay an extra USD4 for catching the sunrise.

I was pretty drained after spending ~7 hours surrounded by… stones. I had quite an exciting day but I feel that this post is already too long.

More on the next update – eating bugs and fertilised duck embryo!