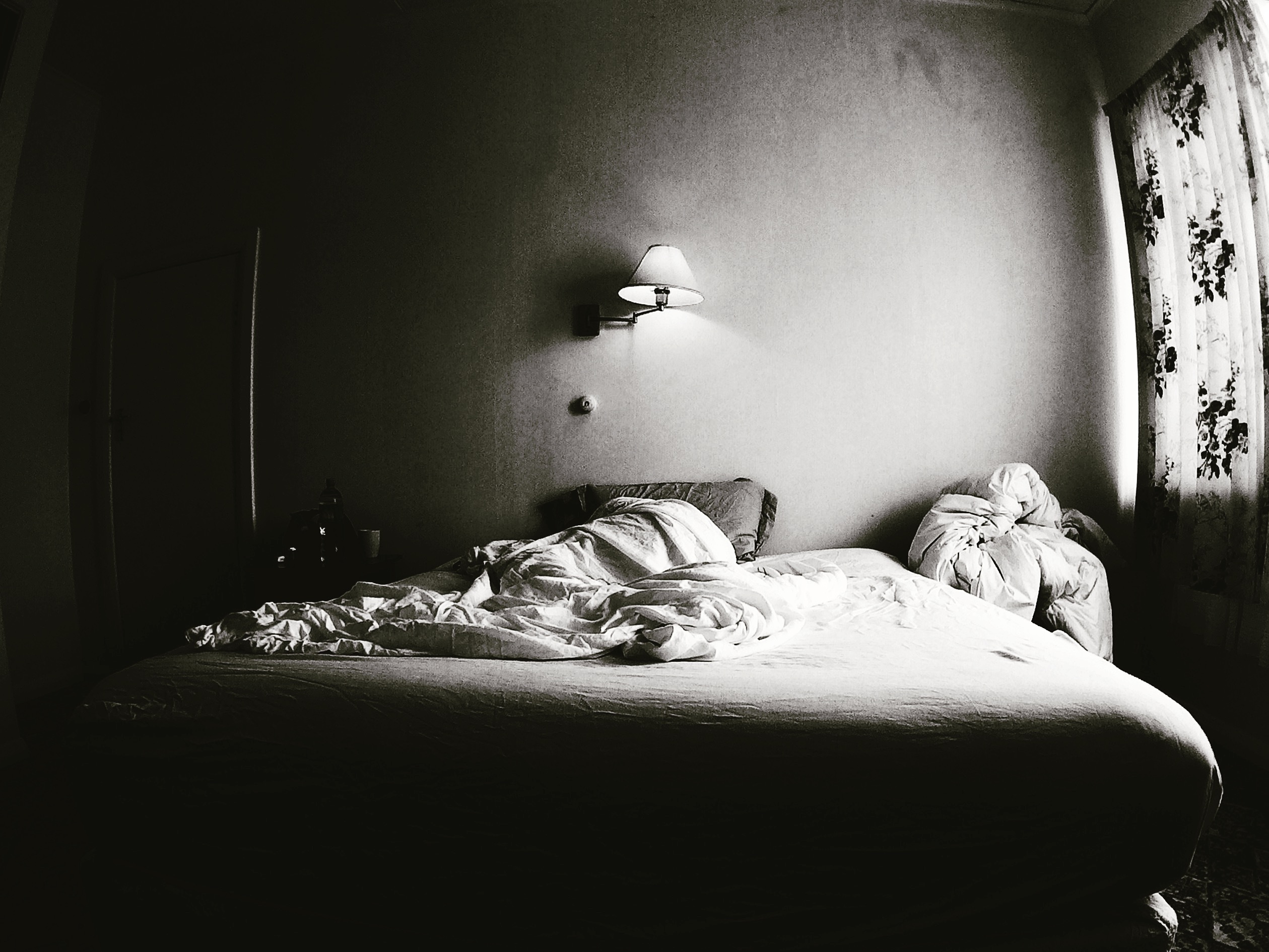 I’ve met so many backpackers along the way which gave negative reviews about Vientiane:

“There’s nothing to do there.”
“Don’t waste your time.”
“One night is enough.”

So naturally because of all the bad feedback, I was a bit wary and booked one night’s stay at Lucky Backpackers Hostel. I intended to use Vientiane as a stopover before heading to Bangkok. & since I was there, I might as well make the most of my time and spend a while in Vientiane, right? At least I could then say that I’ve been there before.

Reached the bus terminal about 5.00pm and parted ways with Liss. A local lady was gathering people to board the public bus to the Morning Market for 5,000kip. The max I was willing to spend on transportation was 10,000kip. I had no idea where the bus was going to stop me but I boarded it, together with two Israelis and two Koreans, seeing that it seemed it was my only cheap way into town.

I had no idea where I was going but the Israelis went along with me cause they were looking for a place to stay. Luckily enough, we turned down the right street unknowingly and after a failed attempt in getting directions, we found the place! The guys didn’t stay though cause it was pricey for them.

I paid 50,000kip for an 8-bed mixed dorm, with breakfast! 16-bed dorm is 40,000kip. But the maximum number of beds I’ll ever go in a dorm is eight. Don’t want to/ need to be deali with snoring, drunkards, and early-noisy-rustler-risers.

Explored the town and I was starting to love Vientiane! & it made me wonder – all those people who said Vientiane is boring never gave it a chance. Probably cause there’s no happening night life.

I walked down the streets for a bit and I fell in love with Vientiane! The cozy little town which didn’t feel like Asia; where cafés filled the streets, where there was much to see if you knew where to look – a vast difference from the party scene in Vang Vieng.

Went back to the hostel early and knocked out cause I was so exhausted. I slept a good 10 hours, with the whole dorm to myself. Sweet!

Missed the free breakfast and headed to Comma Coffee to grab some food. I went there cause it’s pretty near the hostel and just cause they liked my photo on Instagram. That scored them some brownie points!

Was a bit disappointed by the menu selection though. Everything seemed alright but there wasn’t anything filling that I could order. Settled for a savoury toast and sat there for about 1.5 hours using their wifi.

Decided to walk to Talad Sao Shopping Mall and see the Presidential Palace along the way. The road outside the palace made me feel like I was in Paris again; the roundabout near Arc du something something.

I was starving when I hit the mall. The toast did not fill me up, at all. Went all the way up to see if there was any food stalls and I saw Greg, Jules, and Gary! They asked me to join them for lunch and I’m glad I did! Was famished anyways.

Gary and I headed to COPE Visitor Center after parting ways with the military couple. It was nice to see them again! 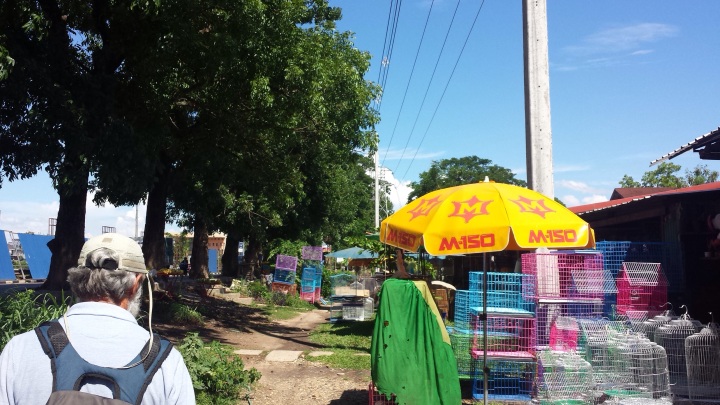 COPE is about helping people with disabilities who were affected by the Americans bombing Laos. Correct me if I’m wrong; I’ve been extremely ignorant about history and I didn’t even know this happened.

How there are still bombs in Laos; how search teams are still looking for bombs; how lives are still being lost while trying to restore the safety level in the country. It’s insane how there is an excessive amount of bombshells lying around that people reuse them to make other stuff, how children look for scrap metal to sell and at the same time unaware of existing bombs which might go off while they’re digging for metal.

I’m grateful to have Gary explain the works to me. I feel so stupid, not knowing anything.

Left after awhile to go back to our temporary homes. Walked past Dairy Queen and Gary was so sweet – bought me a regular M&M Blizzard cause I was good company. AWWW.

Rested awhile and started to get restless and kinda hungry. Checked out the cheaper alternatives to getting to Bangkok and booked with another guesthouse.

I paid in baht cause, I would like to emphasize vehemently again, Singapore currency is SHIT in Laos.

Headed over to Joma Bakery cause I missed giving it a try in Luang Prabang! They have pretty good reviews. Ordered a Mexican Wrap; didn’t really fancy it cause it was cold and the beans were a bit overpowering. Saw another familiar face from Luang Prabang. But I felt anti-social and pretended not to see her hahahaha I am horrible.

Went to the Night Market and walked around. It’s pretty big! Selling non-edible items though. I was more interested in food. Walked along the road near the river front and it reminded me of Dubai. 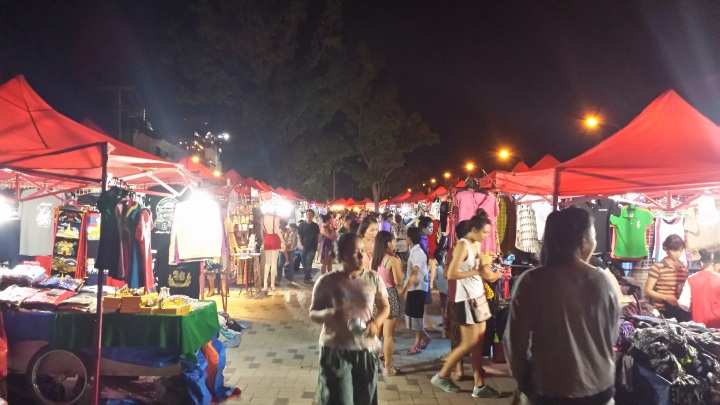 Back to the hostel! Noone else but me in the room! Suh-weeeeet!

Wanted to eat at Scandinavian Bakery but they looked closed. Went into a local coffeeshop and had spicy vermicelli noodles instead. Not filling at all, I needed a second meal and went to Sweet Moo to pamper myself with some desserts. 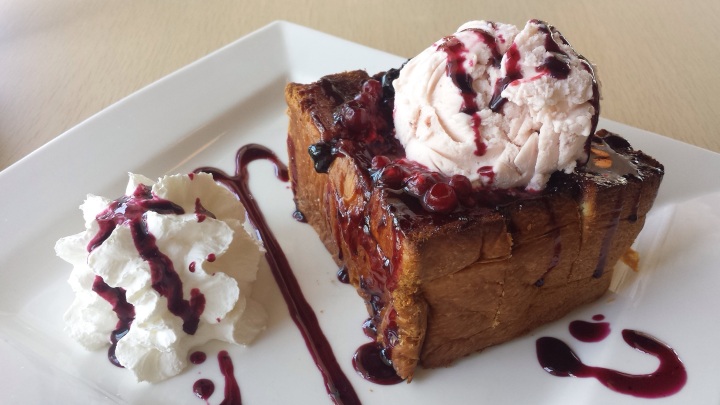 Sat there for almost two hours before deciding to head out in the heat to walk off some calories. Went round the town for about 40 minutes before I decided to call it quits and returned to the hostel to hide from the sun.

I WAS HUNGRY AFTER AWHILE. Left the hostel around 5+pm and decided to check out this 450 Years Night Plaza. Walked there and was extremely disappointed. There was nothing! But I saw a few roadside food stalls which were just setting up. So I decided to give it some time and bought some food so I wouldn’t get so angsty.

Decided to head to Parisien Bakery nearby and indulged, YET AGAIN. Bought a chocolate mousse but I felt it was not worth the price (32,000kip) at all. Killed a bit of time and went back to the “Night Plaza”.

There was NOTHING. What a let down. ):

Randomly pointed at some meat and my suspicions were right… Of all types of meat, I chose liver which I dislike. BUT since I was so hungry, I almost ate it all up.

Went back to roam at the Night Market instead and headed back shortly after back to my private dorm.

Time to head to Bangkok! Packed up my stuff, checked out at 11.00am, and went to Joma Bakery for brunch. 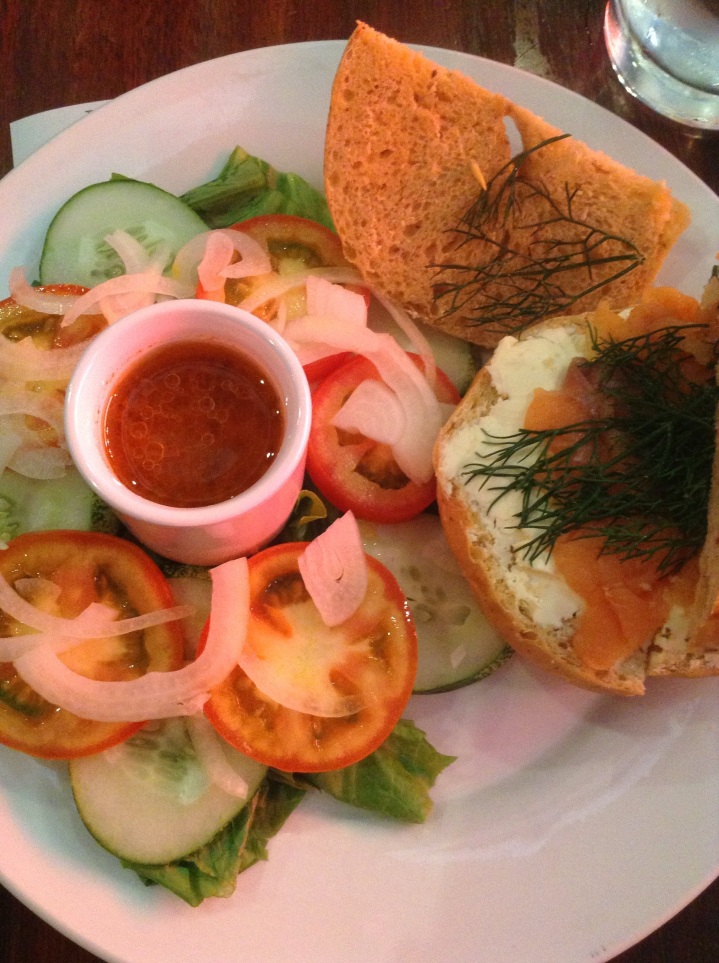 The pick-up was set between 2.30pm – 3.00pm, and due to arrive in Bangkok the next day at 6.00am. I always have the fear that the bookings made are not legit despite payment being made. But all’s been good so far. #trustissues

I’d say that 3D2N is sufficient in Vientiane. I spent my time walking around and exploring the town, not much touristy stuff.

I’ll do up a separate post my sleeper train travels from Vientiane to Bangkok.

decided to reward myself and going to slowly savour this berry toast after an unfilling meal for brunch. who am i kidding. i'm gna finish this in less than 10 minutes! #vientiane #laos #backpack #travel #bedforone